Safeguarding and data protection in a blended learning model

By the end of this lesson, you should be able to:

Watch the video below to learn more about the signs and indicators that can help you to spot abuse.

Abuse comes in various types and forms. In order to be able to spot abuse, you need to know the main categories and what to take notice of.

Some of these can be very difficult to spot or seem trivial on the surface, however, all should be treated with care and consideration.

On a piece of paper or in your head, list as many different types of abuse as you can think of.

When you have done so, have a look at the list below.

The four main categories of abuse are summarize below.

How to spot abuse?

Why is reporting so important?

A report allows action to be taken as necessary to protect a vulnerable person. In some cases, this means it can be used as evidence in a court of law. This is why it is of vital importance that the reports submitted are accurate and factual.

How to record and report a disclosure

A disclosure is when a person (young person or adult), knowingly or unknowingly, informs you of a possible safeguarding issue or concern.

You must follow the below steps, otherwise the case may be thrown out in court and the person concerned may be at risk of further abuse.

When recording what you are being told, follow these steps:

There is no need to investigate further unless advised by the safeguarding team, as you could jeopardise any legal proceedings.

How to record and report a general concern

You may have a general concern about a young person when they haven’t disclosed anything to you. You can still report this to the safeguarding team by:

There is no need to investigate further unless advised by the safeguarding team or officer, as you could jeopardize any legal proceedings.

Whistleblowing is when a member of staff reports concerns about colleagues, senior staff, or friends in the workplace. This is an example of a Whistleblowing Policy used at GEMS Education.

When the concern is about an inappropriate relationship with a young person, this is a serious safeguarding issue and should be reported to the safeguarding team or officer as well.

Explore the real-life examples provided below, then answer the following questions:

A student is in her first year of her GCSEs (Year 10) and living in the UK (this means that she is 14 or 15). She is studying Business GCSE online. She has been submitting her work online for you at very unusual times, for example 2am GMT. Her work can vary in standard greatly and is either very good or terrible. After talking to the student, she reassures you and says that everything is fine, she just has trouble sleeping sometimes.

You contact her normal school to see how she’s been doing and find out that she has an attendance rate of 68% and normally misses mornings and Wednesday afternoons. The school says that she is very lazy and hasn’t really had an interest in education since she returned from India where she spent most of the previous school year. The parents had told the school that they were stuck in India as they had Visa problems and had been unable to return to the UK.

One of the student’s friends from the online course tells you that they are also worried about her. They also inform you that the student in question has been complaining about a baby that is keeping her awake at night.

Jack is a happy and communicative student that jokes with his peers online in his course. He always attends lessons, but his written work is diabolical. Mr Davies (his teacher) has asked Jack directly about why this is. Jack said it was just because he’s up late gaming and he’ll try harder. Jack has agreed to have another meeting in a fortnight with his teacher where he will have shown some improvement.

A fortnight later, Jack's progress has severely deteriorated and he didn’t attend the meeting with Mr Davies. Mr Davies contacted the school and they’ve informed him that Jack’s parents are going through a break-up and he is now staying with his mother. This has been going on for some time. Jack’s mother has been struggling to pay the bills for the last few months and this means that the house doesn’t always have power so he may have missed the call if he couldn’t turn on his computer.

Mr Davies manages to arrange a call with Jack to help him catch up. Jack is still very happy and smiley. He seems very keen but has little/no self-confidence in himself. During the meeting Mr Davies notices that Jack's eyes are very red. Jack says that he managed to get salt in both of his eyes and laughs it off as him being silly with his friends at school earlier that day. During the call, Mr Davies notices that Jack’s mother is watching the call from the hallway as she keeps peeping around the corner of the door. Mr Davies asks Jack if that is his mother and says hi to her. She hides from view and Jack says that she is just very shy and laughs it off saying he doesn’t know where he got his confidence from.

Mr Davies has arranged another call with Jack to continue their progress together a fortnight later. Jack’s work has picked up a little but he’s still not achieving as he should be. Jack answers the call but is obviously flustered as he forgot that he was meant to have one. Mr Davies notices that Jack's room is now bare of any decorations, the chest of drawers has been pushed in front of his door and Jacks eyes are red again. Mr Davies asks if everything is ok and Jack claims that he’s redecorating his bedroom. Jack still has no self-confidence and refuses to accept the positives that Mr Davies has been pointing out about the improvements he’s made over the last few weeks.

Natasha and her cousin have both arrived on a residential course at the same time and will be staying there for six weeks. Natasha’s cousin, Alice, is a year older than Natasha and she is also much taller and louder. Natasha seems quiet and shy. They’ve been roomed on the same corridor at a parent's request but the two girls didn’t want to share a room.

After doing a patrol of the lessons that are currently running you notice that Natasha is much louder and more outgoing in her lessons. She makes friends easily and seems to be fitting in very well.

At dinner time you notice that Natasha is sitting in a corner quietly away from most people. She has two of her new friends from class sat with her. They’re all talking quietly and one of the friends keeps glancing up at the students queuing for food. As you pass them you say hi and ask them how they’re doing. They all seem fairly happy and tell you about their day. One of the new friends seems a little nervous but assures you that she’s fine.

Over the next week Natasha and her friends try attending dinner later and later when there are fewer people there, they also seem to be very tired. They assure you that they’ve had a good day and they just prefer it when it’s quieter. Natasha seems a little nervous, as do her friends, but they’re still eating and going about their day.

The next week you find Natasha crying outside of a lesson. She informs you that the cousin has been bullying her since they arrived. Alice has been quietly calling her names when there aren’t any teachers around. Alice has also been knocking on the door of their room at night, every night, and running away. Alice has apparently been telling Natasha that she will ‘get her’ when she’s asleep. Alice has even managed to encourage some of her friends to join in and they have all been taunting Natasha. They’ve been telling her that’s it’s her ‘own fault’ she’s being bullied and that she ‘deserves it’.

Why is it important that teachers behave in certain ways around students?

Teachers' behavior can protect them and their students from potential danger. It is important for teachers to consider how they present themselves and how they act to ensure that everyone is safe.

Read through the behaviors below for what we should and shouldn't do.

Online safety and protecting student's data while working online is an area that will require more attention from the teachers (and schools) that are now blending their teaching model and requiring their students to work online, either partially for a few assignments or fully online while away from the school premises.

Some schools may already follow the regulations set by the General Data Protection Regulations (GDPR), and these are mainly schools located in the European Union and the European Economic areas. The GDPR are regulations that aim to protect any personal data that is legally collected from the stakeholders from misuse or exploitation. Other schools that don't necessarily have to comply with GDPR, have most likely some type of data protection policies in place. Existing policies will need to be revised to consider the changes that will take place with the new blended learning model.

Blending the learning experience by mixing traditional learning with remote learning will require students to use various online tools and platforms. Some may be services purchased by the schools or teachers with more control over the personal data collected while others may offer free services for the teachers and students.

According to the Personal Data Security Technical Guide for Online Education Platforms, the different types of data that can be collected when using the online platforms may include the student's, guardian's or carer's, and teacher's personal data. This collected data requires security measures during the five stages of this data's life cycle: collection, transmission, usage, storage, destruction.

Other areas to be considered are the preparation and allocation of devices and networks to be used during online learning and the best practices of using electronic devices when learning.

In the Personal Data and Privacy Protection in Online Learning: Guidance for Students, Teachers and Parents, some of the advice that was shared for using electronic devices included:

The guidance also warned against using public wi-fi versus using 4G connection or a private Wi-Fi connection that were considered safer options. 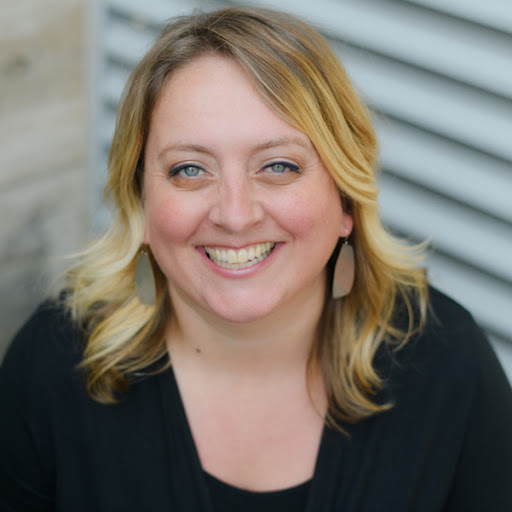 Last updated 1 week ago
Contents
Sections
Learning objectives
Recognizing abuse
Understanding safeguarding: signs and indicators
Types of abuse
How to spot abuse?
Reporting abuse
Why is reporting so important?
How to record and report a disclosure
How to record and report a general concern
Whistleblowing
Activity
Do's and Don'ts
Why is it important that teachers behave in certain ways around students?
Privacy and data protection
Remote learning, privacy, and data protection
References